Welcome class. A surprising percentage of the population still can’t wrap their heads around the concepts of sexual identity and sexual orientation and the fact that they are not the same thing or linked to each other in some way.

Sexual identity is who you are. Sexual preference is who you want to be with. Simple as that.

Recent census data puts the LGBT population at about 8% in the United States. 28 million people. That is a bit misleading since LGBT adds all the categories together. LGB is the preference and T is the orientation. One could, of course, be in both groups.

8% is not insignificant. It is real. Redheads only account for, at most, 6% of the US population. The French American population is estimated at 5.3%. Left handed American make up about 9.5% of the population. Being LGBT is real. It is not a choice.

LGB is the Gay, Lesbian and Bisexual portion of the group. T is the transgender. You often see “Q” which stands for Queer, a sort of undefined category of someone who knows they are not straight or CIS, but haven’t hit on the right label. Another one is “A” for Asexual. Someone who has no interest in sex. They may love someone, but they are not sexually attracted to anyone. Finally you might see “I” for Intersex. Someone who was born with ambiguous sexual organs. Perhaps they are undeveloped, or they have vestiges of both male and female. It could be many different things.

Humans seems to have a need to categorize things. Perhaps it goes back when we needed to know if a plant was safe to eat or not. Or if an animal was a predator or prey. Once we put something in a category, we are loathe to take it out. See the backlash when Pluto was downgraded from a planet to a dwarf planet. We still do it. Generally categories are based on a single, unchanging attribute. Water is 2 hydrogen atoms and 1 oxygen. Nothing else. It doesn’t change; if it does it is no longer water.

Straight, Gay, Lesbian, Bi, what do these terms mean? I think we have a general idea, but again, these categories are not fixed, not a binary. Is anyone 100% straight, well maybe, but you don’t have to be. 100% gay? Don’t have to be. Bi is kind of in between.

I like to think of sexual preference as a spectrum. Everyone falls somewhere on there, and maybe they move around a bit depending on his things are going. In my head I picture that classic image of a magnet with iron filings arranged in the magnetic field. One pole is men and the other women. You can fall anywhere on this spectrum. Like this: 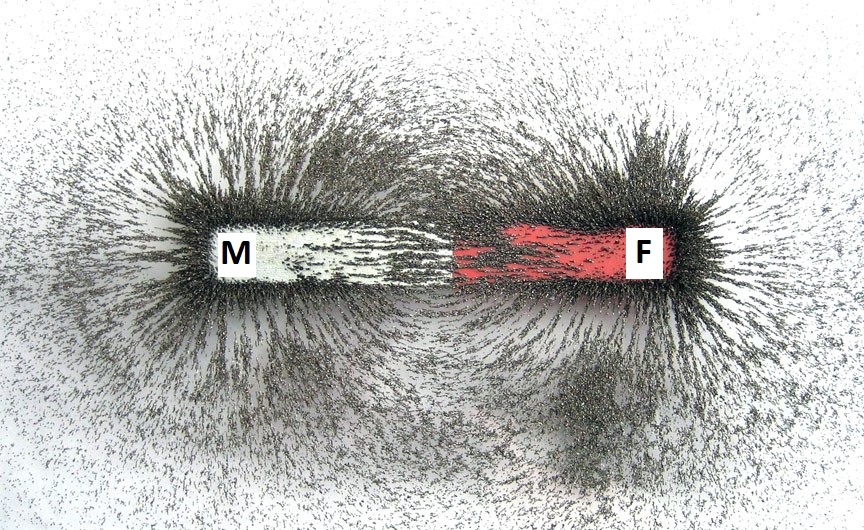 Now let’s move to Identity. We have to understand some definitions. First is sex and gender. They are not the same thing.

That is your sex, but it is not necessarily your gender. Most people don’t understand this part. Gender is made up. Society decides what boys and girls do, how they are named, how they dress, how they act and behave. Other than bearing children, there need be no difference between men and women. Where in biology does it say that boys can’t wear dresses and girls can wear a business suit. Where does it say that men have to work and women have to stay at home. It doesn’t say that anywhere in biology. Society says it. Society says men cannot wear makeup and high heels. Society says that women are second class citizens and have fewer rights than men.

I suppose we got this way because on average, men are generally bigger and strong then women and can force their opinions on women. But there have been, and there still are, matriarchal societies.

But, that shouldn’t be the end, or it shouldn’t be set in stone because there are people who feel that they were classified incorrectly. Someone who is AMAB (assigned male at birth) can honestly feel that they are not male. That they should have been AFAB and lived their life as a female. It is deeper than just the clothes or the makeup. It goes down to the person’s own body.

You look at your body in the mirror and you see a man, but in your head you are screaming, that is not right. That is not how I am supposed to look. That reflection should be a woman. You look and you feel ill at ease. You feel uncomfortable, dissatisfied, uneasy. It doesn’t fit with what you see. You have a general feeling of not belonging, not being in the right place, never feeling comfortable. This is gender dysphoria. It is real. It is not pretend.

This dysphoria can lead to serious distress. Clinically significant distress or impairment that requires treatment. Gender dysphoria, like homosexuality, is no longer classified as a mental disease, but as a condition that leads to depression, etc. So, treatment for the depression will include gender affirmation in many different forms.

Likewise, the DSM changed the definition of homosexuality. It was originally classified as a mental disorder called “sexual deviation”. They changed that to “sexual orientation disturbance” in the 2d edition in the early 1970s. It was no longer a problem in itself, but now the disturbance caused by it was the issue. It was finally completely removed in DSM 5. So, we are back at the spectrum thing. This gender identity is not a binary, Male of Female. It too is a spectrum. Some people feel that they are completely the other gender. Some less so. Some are variable and their identity isn’t fixed, this is known as being gender fluid. Non-binary is when someone feels that have a mixture of male and female. Maybe a 30/70 split, or a 90/10. Everyone is different.

Now, the big reveal. These things are not related at all. An AMAB can grow up liking girls, and then go through gender reassignment and still like girls, or they could change and like boys, or both. There has been a lot of talk on social media about how people cannot wrap their heads around this. They obsess over whether the person is straight, or gay. Are they a straight man or a lesbian.

It seems that they are unable or unwilling to grasp this concept and they are looking for ways to shut it all down. The seem convinced that this will “corrupt” their children or destroy their innocence. That it will lead to the downfall of society.